Outside Writer of the Year!

Congratulations and many thanks to Eva Richardson, our inaugural 2007 Writer of the Year!

We have dozens of writers around the country, many who are former English teachers, who help us develop the many different classroom resources that we're able to put out each year.

This year, we're starting a new tradition of nominating the off-site writer who's done some of the best work this year. It's a difficult decision to make but our Sr. Editor and New Product specialist agreed that this year, Ms. Richardson has gone above and beyond in writing products this year, and we have a lot more projects that she's working on for us.

By Eva Richardson this year:

Jason just let me know about a Candian TV series that's jumped right to the top of my netflix queue called Slings and Arrows. It's a dark comedy about the struggles of a fictional Shakespeare Company, and now that I've seen episode 1, I can't wait to see the rest.

at 10:52 AM No comments:
Email ThisBlogThis!Share to TwitterShare to FacebookShare to Pinterest

Reading is Fundamental in Crisis 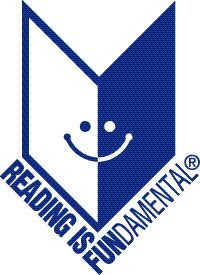 Many of you may be benefiting from Reading is Fundamental's program of inexpensive book distribution for over 4.6 million children, so I thought you might all be interested in the latest news from RIF.

Since Prestwick House is an authorized distributor of materials for RIF, with our inexpensive Literary Touchstone Classics and other classics, we're kept up to date on the goings-on at RIF headquarters.

We were upset to recently receive an E-mail letting us know that RIF's budget for this program has been completely eliminated by the new Bush budget.

The good news is that RIF and their supporters are fighting to get their money back. See what RIF is doing now to get their budget of $26million re-instated and see how you can help RIF.
at 10:21 AM No comments:
Labels: reading is fundamental, RIF
Email ThisBlogThis!Share to TwitterShare to FacebookShare to Pinterest

Tayari Jones has a very elegant and readable blog. I found it when I happened on this post about how HS students who read:

...grow up to be stunted creative writers in college.
at 9:46 AM No comments:
Email ThisBlogThis!Share to TwitterShare to FacebookShare to Pinterest

I'm on a mission to get people to read this excellent book blog over at enotes.

Jamie has been doing some heroically cool blogging there with little to no praise and a completely unjust deficit of adoring fans.

at 11:12 AM No comments:
Email ThisBlogThis!Share to TwitterShare to FacebookShare to Pinterest 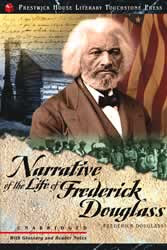 “Once you learn to read, you will be forever free.”

Valentine’s Day isn’t just an excuse to eat chocolates out of a heart-shaped box. For the civic-minded, February 14th* is also a time to honor the life of Frederick Douglass—a well-known abolitionist and a champion of human rights and education.

For English educators in particular, his life’s story is a study in the transformative power of literacy.

As a twelve-year-old boy, Douglass was transformed from a slave into an aspiring human rights activist when he secretly taught himself to read. In fact, his experience with books affected him so profoundly that he would later call education “the pathway from slavery to freedom.”

Within a few years, inspired by what he had read, would escape slavery and go on to challenge the world with his own words. His numerous abolitionist publications would play a key role in ending slavery in the .

And that’s precisely why slaves were strictly prohibited from learning to read in the first place. Slave-owners knew that literate people are free people. They won’t be subjugated for long.

You can read more about Douglass’s extraordinary life in his autobiography, Narrative of the Life of Frederick Douglass .

But keep in mind that Douglass is only one of many African-American writers whose words will inspire your class in February and throughout the year. Here are a few other suggestions from among our favorite novels, poems, plays, and nonfiction works.

African-American Poetry, An Anthology: 1773—1927 (from Phyllis Wheatley to Langston Hughes)

Incidents in the Life of a Slave Girl, the autobiography of Harriet Jacobs

Their Eyes Were Watching God, a novel by Zora Neale Hurston

A Raisin in the Sun, a play by Lorraine Hansberry

Beloved, a novel by Toni Morrison (recommended for mature classes)

The Color of Water, an autobiographical novel by James McBride

The Rose that Grew from Concrete, a poetry anthology by Tupac Shakur

*Douglass didn’t know for sure the day, or even the year, of his birth. He adopted February 14th as his birthday because his mother called him her “little Valentine.”