Ms. Weber’s achievement was announced as part of the Teacher Appreciation Night festivities at the Delaware Shakespeare Festival prior to the evening’s performance of A Midsummer Night’s Dream. Prestwick House CEO, Jason Scott, recognized Ms. Weber onstage, and commended her on her efforts both inside and outside of the classroom.

“Within her school, Jaime has demonstrated what it means to be a role model, and we are proud to honor her dedication,” said Scott. “This contest is an excellent opportunity for Prestwick House to publicly recognize students who have demonstrated excellent academic achievement in the study of literature, writing, and English Language Arts. Working hard in school to get the most out of your education and remaining well-rounded in other areas is a great achievement.”

Each teacher within the state of Delaware was encouraged to nominate a student for this prestigious award. Nominations were then carefully reviewed by the Prestwick House Delaware Language Arts Student of the Year Committee, and finalists were selected. According to Tall Oaks Classical School English teacher, Stephen Rippon’s nomination letter, “Jaime exemplifies a passion for learning, outstanding leadership, a positive attitude, and excellence in many different areas.”

Along with her skills in the classroom, Ms. Weber has proven herself well-rounded in many areas. This spring, she was also awarded first place in the Medicine and Health category for the New castle County Science Fair for her project on age and heart rate recovery — earning her the title of a BioGENEius finalist for the state of Delaware.

In addition to her work in the field of science, Ms. Weber has been named the Tall Oaks Classical School team’s most valued runner, and finished top ten in the Mid-Atlantic Independent League conference. As a part of her school’s debate team, Ms. Weber won first place out of ten teams in her division during the Winter 2012 Mid-Atlantic Christian Debate League Tournament.

Mr. Rippon also adds that, “As a testament to Jaime’s character, we on the faculty chose her to receive the Tall Oaks Classical School’s highest award, the David Award. The award citation aptly describes Jaime as one ‘who is hard-working, humble, and who honors others.’”

In addition to a plaque commemorating her achievements as the Prestwick House English Language Arts Student of the Year, Ms. Weber received a $500 scholarship. In the coming months, she will be featured on the Prestwick House website, blog, and in the Footnotes monthly email newsletter.

About Prestwick House - Founded in 1983 by a former Dover High School administrator, Prestwick House is a leader in educational publishing. With a focus on helping English teachers in grades 9-12, Prestwick House publishes the largest selection of literature teaching guides in the country, a line of classic novels, and hundreds of other educational products. Find out more at www.prestwickhouse.com.
at 9:53 AM No comments:
Email ThisBlogThis!Share to TwitterShare to FacebookShare to Pinterest 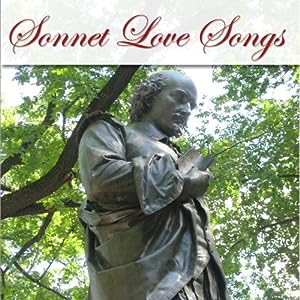 The other day, I received a preview copy of a CD that I thought some English teachers might be interested in. Sonnet Love Songs is a brand new album from composer Deborah Anderson. She’s taken ten famous poems from authors like Shakespeare, ElizabethBarrett Browning, Tennyson, and Wordsworth and penned modern jazz compositions that highlight these great poems. The songs are peaceful and beautiful and would work wonderfully in the classroom.

For students that are much more familiar with music than they are with Shakespeare or the other poets included on this disc, the music will serve as a great entry point to beauty of these words.

This CD is a great opportunity to demonstrate an example of creative projects that can be done with poetry and would work well with books like Alan Sitomer’s Hip Hop Poetry and the Classics in the Classroom  or the poetry of Tupac Shakur .

The CD is now available on Amazon and is a perfect way to get your students interested in poetry.
at 5:17 PM 1 comment:
Email ThisBlogThis!Share to TwitterShare to FacebookShare to Pinterest
Newer Posts Older Posts Home
Subscribe to: Posts (Atom)