In the latest Talk of the Nation, blogger Joe Muldoon and head of the Folger Library, Gail Pastor, discuss using Shakespeare in everyday conversation.

They take calls from listeners about their favorite Shakespeare quote, and how they weave it into conversation. It may sound a little pompous from time to time, but hey, if you can't seem elitist around friends, who can you sound elitist around?

It's hard to pick out a favorite quote, but I think my favorite to pull out in everyday conversation is from Caesar, "Yond Cassius has a lean and hungry look, He thinks too much; such men are dangerous."

By the way: If you're ever looking for a specific quote for any occasion, one of my favorite Shakespeare Resources is the Shakespeare Lexicon and Quotation Dictionary. The Lexicon contains every word used by Shakespeare, cross referenced, so you can always find a relevant quote for a bulletin board or handout. (Sorry there's no copy/image on our site for this one yet. I promise we're working on it.)

What are your favorites?


Thanks News on the Rialto.

Link.
at 1:34 PM No comments:
Labels: Shakespeare
Email ThisBlogThis!Share to TwitterShare to FacebookShare to Pinterest 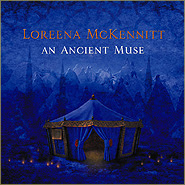 Last night, a few of us Prestwick Housers took a road trip after work it to Washington, DC to see Loreena McKennitt in concert at the DAR Constitution Hall.

If you've not heard Ms. McKennit's music before, try to imagine Celtic folk with a middle eastern twist and beautiful soaring vocals. Then, when you can't actually imagine that, head on over to her web page, Quinlan Road and check out the samples that she shares.

If you like what you hear, make sure you check out tickets to the show -- her first tour in a decade. She and her band do a magnificent job weaving a rich tapestry of sound with 10 musicians on stage at a time and at least two dozen different instruments ranging from McKennitt's harp and piano to the Hurdy Gurdy, a wide range of drums, and more. It's probably the most well-orchestrated show I've ever seen.

Why does this bring a group of educational publishers to our capital, and why would it be of interest to English teachers?

Well, Ms. McKennitt's music has a deep literary tradition. Among the songs she played last night was a musical version of Tennyson's The Lady of Shallot (video available here), Penelope's Song, the story of Odysseus's travels from his wife's point of view, and The Highwayman, an adaptation of an Alfred Noyes poem.

Living in Stratford, ON -- home of the Stratford Shakespeare festival, she also has a history of working in Shakespeare having written a song to Prospero's closing speech from The Tempest and music to a song from Cymbeline.

If you're looking to inspire your students with the relevancy of poetry to modern life or get them working on a creative adaptation of a favorite poem, these might be of interest to your students, even if I Wandered Lonely as a Cloud by MC Nuts isn't.

More than just a book, Cathy's Book is an experiment in breaking down the barriers between the reader and and the read.

Written as a collaboration between writers and game designers, Cathy's Book is presented as a beautifully illustrated journal of a teenage girl who disappeared. As students read the book they'll come across a number of "clues" that encourage participation with the book, such as the phone number on the cover (Go ahead, dial 650-266-8233), websites, and physical clues included in a pouch in the cover.

It's a surefire way to grab your students' attention, and I bet that the discussion surrounding this book would be dynamite as students tested their theories and solved the puzzles.

While there was some controversy surrounding the book due to a paid product placement, it seems not to have affected the story.

I'd love to hear any stories of how this was used in a classroom and how it was received.

Thanks Jessica -- Here's Bud's review of the book & here's Clarence Fisher's review.
at 5:39 PM 1 comment:
Email ThisBlogThis!Share to TwitterShare to FacebookShare to Pinterest

While marred in controversy over how the program was run, it's always fantastic news when we hear that students are becoming better writers.

On average, the number of students exceeding or meeting the standards on fluency by 16% in first graders, 14% in second graders, and 15% in third graders.

Hopefully, we'll see these results translate into more than better test scores as these students mature into lifelong readers.

Link.
at 4:36 PM No comments:
Email ThisBlogThis!Share to TwitterShare to FacebookShare to Pinterest

While I love huge and elaborate productions of Shakespeare, like the Tempest I saw at the Almeida, in which they built a pool on stage, there's something amazing about small, local Shakespeare Festival.

This summer they'll be performing one of my favorites (despite the odd scene where Richard somehow woos the wife of someone he murdered!), Richard III.

For any budding Shakespereans in your class, they've also put together a fantastic internship program that they announced today! For students aged 13-18, they're offering a 4-week intensive Shakespeare course that culminates in a student performance.

This is followed by an opportunity to intern as a production assistant at this year's festival -- Should be a great opportunity!

Link.
at 11:19 AM No comments:
Email ThisBlogThis!Share to TwitterShare to FacebookShare to Pinterest

I ran across this article from the Washington Post last night, and while it's not about English, literature, or teaching, I think it raises some interesting points of discussion for teachers.

Joshua Bell, the world renowned concert violinist, was recruited for a social experiment. During most of his concerts, he plays his multi-million dollar Stradivarius to hushed and reverent audiences in the greatest concert halls of the world. What would happen if he were to take the stage in a subway posing as a common busker playing for change in a Washington subway station?

Virtually no one stops to take time from their busy lives except for children, who almost universally want to stop and hear the music while their parents pull them away. The experience of a subway performance is so different from the experience of a concert-hall performance, people don't even seem to recognize it.

How much does the context and environment affect the way that we appreciate artwork? When your students pick up Catch-22 because you've told them to, will they have a different experience from when they pick it up at a bookstore because it caught their eye? Is the humor perceived differently? Do students see the story's non-linear telling as interesting instead of difficult?

Does anyone have any anecdotes or stories about their own experience with students in different environments?

Are there any tricks you have to break people from their preconceived notions about "school books"?

Link.
at 12:03 PM No comments:
Email ThisBlogThis!Share to TwitterShare to FacebookShare to Pinterest

4 Finalists in this Year's AEP Awards! 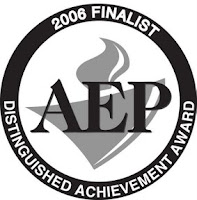 We've just been notified that we're a finalist in four categories of the AEP's Distinguished Achievement Awards!

Last year, we won in the Poster category for our Language of Advertising Posters and in the text book category for Tale of Two Cities in our Spotlight Edition Series.

This year, we've been nominated as a finalist for:

Slaughter-House Five in our Multiple Critical Perspectives Series
The Grade 8 Version of our Practice Makes Perfect Series
ShakesFear and How to Cure It
Discovering Genre: Poetry

We're thrilled and proud of this nomination! I hope you find these books as useful in your classroom!
at 2:10 PM No comments:
Labels: Awards
Email ThisBlogThis!Share to TwitterShare to FacebookShare to Pinterest

I first discovered Kurt Vonnegut as part of a 9th Grade, extended reading program (Thanks Mrs. Chanson!). While I can't say I enjoyed every book in the program (I'm still not a fan of Dorian Grey, despite my love Wilde's plays.)I was immediately enthralled by Vonnegut's playful use of language and absurdity in sharing some remarkably deep ideas.


Through the year's I've picked up Cat's Cradle, Slaughter House 5, and Breakfast of Champions time and again, and each time, I'm thrilled to find something new. Each time, I'm delighted to find that a re-read of his books doesn't dilute the joy that comes from his books.

Vonnegut died last night after a fall last week left him with irreversible brain injuries. He will be sorely missed by fans across the globe, but his works will live on thanks to fans, teachers, and students who will continue to be delighted for generations to come.

RIP --Kurt Vonnegut (1922-2007)
at 10:32 AM No comments:
Labels: Vonnegut
Email ThisBlogThis!Share to TwitterShare to FacebookShare to Pinterest 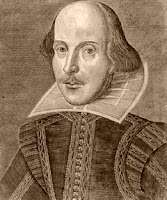 It's getting close to that time of year again, Shakespeare's Birthday!

Last year, a few of us drove down to visit our friends at The American Shakespeare Centre for the Bard's birthday. (The director of the ASC, Dr. Ralph Cohen, is the author of the recent Prestwick House Release, ShakesFear and How to Overcome It: A Guide to Teaching Shakespeare, and the ASC has been doing editorial work our list of Shakespeare Literary Touchstone Classics).

This year, we're inviting all of you to come visit us!

We're having an open house -- complete with Birthday Cake, performances of Shakespeare by students from The Cab Calloway School, a tour of our facilities, and elephant rides (Okay, so we won't have elephant rides, but wouldn't that be fun?).

So, RSVP by E-mailing us at info[at]prestwickhouse.com or calling us at 800-932-4593 if you want to stop by our offices in Smyrna, DE on April, 21.
at 5:48 PM No comments:
Labels: Open House, Shakespeare
Email ThisBlogThis!Share to TwitterShare to FacebookShare to Pinterest

While the link between hip-hop and poetry isn't new, this video from the Cumberland Lake district is certainly... interesting.

The poem, I Wandered Lonely as a Cloud, has long been one of the most anthologized of Wordsworth's poems, and it's popularity has been quite a boon to the tourism industry of the British Lake Country. In honor of the poem's 200th anniversary, the Cumbrian tourism website has put together a video "honoring" Wordsworth.

While the hip-hop production is pretty good, it really makes you wonder who got the great idea to put a guy in a giant squirrel costume in it?

In any case, this might be an interesting video to show your students. They'll probably laugh at the video, but it could lead to some interesting projects or at least lend some vitality to your study of the poem.

Anyone have a sudden urge to visit Cumbria?
at 11:57 AM 2 comments:
Labels: poetry, rap, Wordsworth
Email ThisBlogThis!Share to TwitterShare to FacebookShare to Pinterest 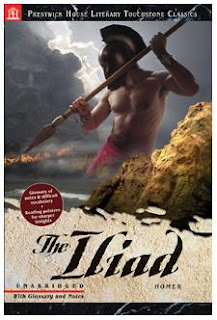 As anyone who's seen our Touchstone covers knows, we're lucky to have an amazing graphic artist on staff here at Prestwick House.

Larry recently showed everyone over at BoingBoing, one of our favorite sites, how he pulls together these covers -- it's amazing to see how he can turn a simple photo into something so interesting and dynamic!

A few months ago, he also shared his work on Frankenstein. It's amazing what photoshop can do in the hands of a skilled artist!
at 11:39 AM No comments:
Email ThisBlogThis!Share to TwitterShare to FacebookShare to Pinterest

One of our favorite blogs/podcasts here at Prestwick House is Grammar Girl.

If you're not familiar with her quick, pithy, and amusing take on grammar, you should stop on over and check out her latest podcast on the little-known "winner's rule" of grammar.
at 11:28 AM No comments:
Email ThisBlogThis!Share to TwitterShare to FacebookShare to Pinterest
Newer Posts Older Posts Home
Subscribe to: Posts (Atom)