Where in the World is... J.K. Rowling

Where in the World Is 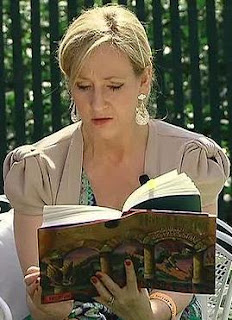 After completing the seventh and final Harry Potter novel, Harry Potter and the Deathly Hallows (2007), Rowling wrote The Tales of Beedle the Bard (2008), an anthology of children’s stories in the wizarding world. (Potter fans might also recognize the book as the one Albus Dumbledore left Hermione in Deathly Hallows). Her characters and stories remain popular, and fans eagerly await the newest Harry Potter blockbuster and the Orlando theme park; however, the beloved author has been been frequently in the media spotlight.


Recently, J.K. Rowling has become involved in a billion-dollar lawsuit, in which the estate of the late author Adrian Jacobs has accused her of plagiarizing a story entitled Willy the Wizard: No. 1 Livid Land in her book Harry Potter and the Goblet of Fire. Bloomsbury Publisher, however, affirms that the claim is without merit and the case should be dismissed.


Additionally, Rowling appeared at the Annual White House Easter Egg Roll, at which she read selections from Harry Potter and answered questions. It is rumored that J.K. Rowling is writing again, but on a project that is not Potter-related. Her last update on her personal Twitter account reads, “This is the real me, but you won’t be hearing from me often I am afraid, as pen and paper is my priority at the moment.”
at 2:55 PM
Labels: Where in the World
Email ThisBlogThis!Share to TwitterShare to FacebookShare to Pinterest