Death to the Classics? 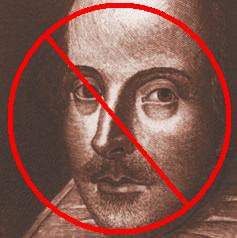 Do classics like Shakespeare and Dickens deserve the top spot in your curriculum year after year, or should you be making room for more progressive authors like Hosseini and Myers? And in our technology-obsessed culture, how far do you stretch what is considered classic literature to keep your students interested in what they’re reading?

In Melissa Slager’s article entitled Death to the Classics! Is it time to update the reading list? at encarta.msn.com, she ponders whether or not it is time to take a good, hard look at teacher’s steadfast choices and replace them with something more accessible to today’s students — but how does one chose between the time-tested anthology of titles and more contemporary fare?

According to the article, “…[the] base [of the canon] has been slowly shifting alongside cultural and educational fads,” citing the tendency towards foundational Western classics in the eighties and the more recent push for the addition of more female and multicultural writers. With this movement, curriculum has grown to include many authors that starkly contrast the English/Caucasian/Male standard that has held for the last few hundred years. Such influential contributors include the aforementioned Khalid Hosseini, along with various others such as Amy Tan, Julia Alvarez, Toni Morrison, Pam Munoz Ryan, Alice Walker, Ralph Ellison, Sandra Cisneros, James McBride, and Chinua Achebe — just to name a few.

Staff Writer, Stephanie Polukis, agrees that, “More books should be added into the canon, but I think it’s very important that teachers evaluate new books critically and make sure that they are up to the same standards as Macbeth and Great Expectations. The books and plays mentioned below, I think, examples of great literature… books like Twilight and Harry Potter, I’m sorry to say, are not. Teachers shouldn’t add easier texts into their curriculum, but they could add books that cover some ideas and topics that appeal to modern-day students.”

Between the call to diversify authorship of texts beyond the traditional standard, and the need to keep students interested in a culture where attention spans are short, mixing up your reading list a bit doesn’t seem like such a bad idea.

To get you started, here’s a few of my non-traditional favorites:

In the Time of Butterflies

“Three decades after the mysterious death of the three beautiful daughters of Trujillo's most outspoken rivals a daughter of the Dominican Republic long-haunted by these sisters immerses us in a tangled and dangerous moment in Hispanic Caribbean history to tell their story in the only way it can truly be understood — through fiction. Your students will be entranced by this glimpse into a world much different from their own.”

I read this one over our “winter break” this year and just couldn’t put it down. Although it is fiction, this book is based in the history of the ’s 30-year reign in the — one of the bloodiest eras in their history. The personal accounts of four sisters who lived through this dark time lend an air of credibility to the history they describe as they fight for the freedoms they know they deserve.

“This story about four women born and raised in and their four American-born daughters deals with cultural, as well as generational, conflicts. The Joy Luck Club is a mother-daughter story that gives the reader a fascinating look into Chinese culture and heritage; it is a glimpse into the special mysteries and bonds between mothers and daughters.”

This book is spectacular for so many reasons…

There is culture clash, children striving for an identity separate from their parents’, and the idea of "hav[ing] American circumstances and Chinese character," as Amy Tan states in her March 1989 interview with the Los Angeles Times. I found it easy to identify with Tan’s style of writing, and think it’s a highly accessible book with a lot of content for discussion in a classroom setting. Although I would imagine this particular novel would be more meaningful for girls, I read this book for the first time in a freshman year mixed-gender class, and seem to remember that it was enjoyed equally by both genders.

Rosencrantz and Guildenstern are Dead

In Tom Stoppard's best-known work, this Shakespearean Laurel and Hardy finally get a chance to take the leading roles, but do so in a world where echoes of Waiting for Godot resound, where reality and illusion intermix, and where fate leads our two heroes to a tragic but inevitable end.”

Although I didn’t read it this way, this quirky, offbeat play about the fate of two of Shakepeare’s most minor characters would be a great way to follow up Hamlet to give some modern perspective to an old faithful classic.

“Spiegelman's narrative of his father's life in Eastern Europe during the Nazi occupation, although done in comic book graphics, is treated as serious literature and is becoming increasingly popular in high school classrooms where, I'm told, it has been extremely well-received by students.

Our teacher/reviewer found Maus not only effective for teaching about the Holocaust as a personal experience, but also as a great tool for teaching various literary techniques. Irony abounds, understatement and sarcasm permeate the pages, and, through it all, Spiegelman never changes tone, loses his point of view or perspective, or diminishes the horrors of the Holocaust.”

This pair of graphic novels is a great way to supplement readings such as my favorite book, Elie Wiesel’s Night, or other holocaust literature such as The Diary of Anne Frank, The Devil’s Arithmetic, or even more modern choices such as Boy in the Striped Pyjamas.

A Prayer for Owen Meany

“This is easily John Irving’s most comic novel and is filled with some truly hilarious scenes, but it does not fail to take on the weighty issues of spirituality, the importance of faith, social justice, and fate. Filled with eccentric characters and sprinkled with amusing and poignant chapter titles, Owen Meany is a book that students will truly enjoy.”

Although I would venture to say that you need to have a slightly offbeat sense of humor to enjoy this one, it is definitely worth teaching because it is rich with themes and symbolic imagery. And may I just say that you’ll never look at a manger scene the same way again after reading it…

Some great additional picks from Steph include:

Nectar in a Sieve - Kamala Markanday

Memoirs of a Geisha - Arthur Golden

at 5:14 AM
Email ThisBlogThis!Share to TwitterShare to FacebookShare to Pinterest