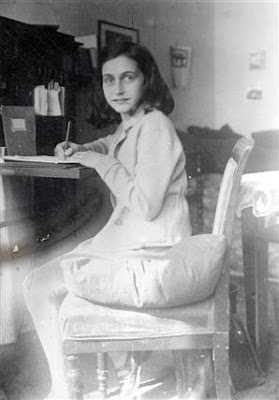 On Friday, June 12th, I woke up at six o’clock and no wonder; it was my birthday. But of course I was not allowed to get up at that hour, so I had to control my curiosity until a quarter to seven. Then I could bear it no longer, and went to the dining room, where I received a warm welcome from Moortje (the cat).

Soon after seven, I went to Mummy and Daddy and then to the sitting room to undo my presents. The first to greet me was you, possibly the nicest of all.

And thus began what was to become, arguably, the most famous diary of the twentieth century, the diary of young Anne Frank, who, on her thirteenth birthday, received the book she addresses in her first entry as “possibly the nicest [gift] of all.” She had seen the book—a red and green plaid, cloth-bound autograph book with a lock—in a shop a few days earlier and had told her father she would like to keep it as a diary.

The rest, of course, is—as they say—history. In less than a month, Anne and her family would go into hiding to prevent their being transported to a Nazi work camp. Before her sixteenth birthday, Anne would be dead.

Anne Frank: the Diary of a Young Girl is a staple of middle school and high school curricula, and deservedly so. There are so many levels on which it can be taught (though it should never be taught as a novel—because it isn’t. But it certainly qualifies as a book-length work of non-fiction, a requirement in most states’ curriculum standards.). 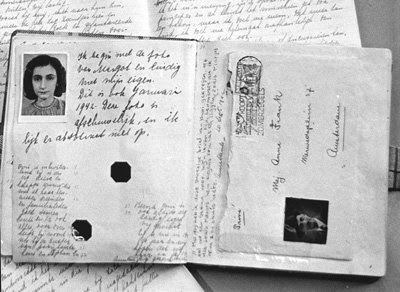 If Anne were alive today, she would be turning 80 on Friday, June 12. She received her famous birthday present sixty-seven years ago.

Somehow, I think that’s worth noting.

So, Happy Birthday, Anne; your life and story have made a difference in many people’s lives.

at 4:46 AM
Email ThisBlogThis!Share to TwitterShare to FacebookShare to Pinterest