On a recent trip to Orlando, Florida, Prestwick House Art Director Larry Knox met up with one of our former graphic design interns, Kyle Price, to catch up on how things have been going for the young designer since leaving our company–and things are going quite well. 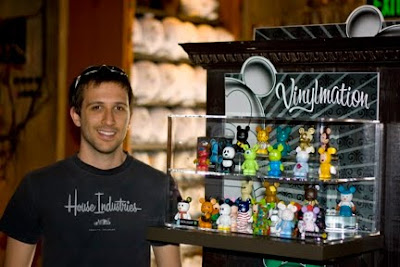 Kyle interned at Prestwick House during the spring of 2006, tackling book covers, logos and text design with a high level of skill and a great deal of enthusiasm. Graduating from Wilmington University, he set out to pursue his long-held dream of working as a graphic designer for the Walt Disney Company. Kyle applied during the time he interned for us, and he was accepted into the coveted Disney intern program and moved to Orlando to begin his six month position as a graphic designer. 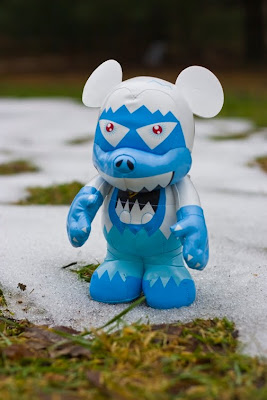 Due to his talent and very strong work ethic, he was asked to stay on for another term as intern and soon after, was offered a full-time position with the merchandise design division of the Theme Parks for the entertainment giant. Kyle has since applied for and was hired as a designer on the historic and elite Walt Disney Imagineering Team (also known as WDI or simply Imagineering) –the design and development arm of The Walt Disney Company, responsible for the creation and construction of Disney theme parks worldwide. 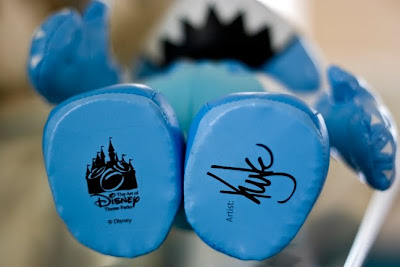 Kyle has worked on a number of major projects including the recent redesign of the ESPN Wide World of Sports Complex in Orlando.

While in the Merchandise design division, he was asked to lend his creative illustrating skills to a new line of collectible, limited-time-only vinyl characters. Not only was his design accepted, but he also created the packaging and the logo. His Mickey Yeti was a huge hit with collectors and for a time, was the top selling figure in the line. 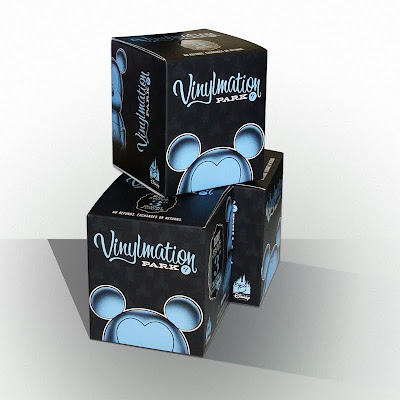 At present, it is actively sought after by Disney collectors online. Disney recently released 8-inch Vinylmation Plush versions of the top sellers in the line, including Kyle's. Kyle thanked Larry for the opportunity Prestwick House gave him on his way to becoming an Imagineer and presented him with one of these highly desired collectibles.

The Imagineers work on a principle known as “blue sky,” a process where they generate ideas with no limitations — the sky’s the limit, very appropriate for this talented young man at the beginning of his career.

Great job Kyle! Best of luck in the future. We can honestly say we knew you when...

Editor's note: you can see more of Kyle's work at www.kyleprice.com

at 4:30 AM
Email ThisBlogThis!Share to TwitterShare to FacebookShare to Pinterest