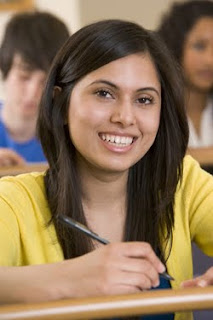 She was a character in a novel I’m writing.

In cutting her, I had to revise over a dozen scenes, change pronouns, find new actors to perform key actions, omit other actions altogether, alter a few characters’ motivations … It was a much more involved process than merely doing a Find-and-Delete on her name.

But I think it will be a better novel for her not being in it. Those who have read both versions agree.

The episode of the German witch, I think, is an apt illustration of the concept of revision—not only in fiction, but in our and our students’ personal and academic writing as well. Most of us call ourselves “process writers,” and we call what we teach our students “process writing.” No matter how many stages we divide our process into, and no matter what we call them, “revising” is always one of the latter steps.

The result is supposed to be the “final draft.”

Now, I have a real problem with grading any preliminary draft, but that’s another argument for another post.

Today, let’s talk about what we mean by “revision.” What do we expect our students to do when we tell them to “revise,” and what do we expect to see happen to the piece of writing between the first and the second and the third … and the final drafts? All too often, I’m afraid, we do not encourage—or even allow—our students to kill their German witches.

When I was in elementary school (okay, today it would be considered middle school, but I was in a K-8 building), our “writing process’ involved writing our essays in pencil on yellow paper. (This was the late 1960s; the “number 2” pencil was high tech, and use of the ballpoint pen was still controversial.) At some point, after cleaning up the spelling and punctuation, we were doled out sheets of white paper and given permission to copy the essay in ink.

That was our final draft.

Only one time in my elementary schooling do I remember actually being required to rewrite as opposed to merely recopying. It was either seventh or eighth grade, and my descriptive paragraph opened with a string of stylistic sentence fragments. I remember rewriting the paragraph at least three times until I got rid of all the fragments. Whether I agree that the fragments were poetic license or bad grammar, at least in that one instance, I was required to do some revision.

It saddens and frustrates me that I still hear elementary and middle school teachers referring to their students’ first drafts as their “sloppy copy.” Now, I don’t mind the rhyme. I like alliteration, consonance, and onomatopoeia, too, but a draft and a copy are vastly different things, and revision is a much more radical step than merely recopying.

It’s more than proofreading, too.

Here are a few ideas to illustrate to your students the extent of revision and get them to practice it. Make sure you let your students know that these activities are exercises so they don’t get frustrated, thinking you’re yanking their chain or something.

FIRST: Give them a thesis. Give them two simple sources: two timelines, charts, pictures, whatever—and have them write a brief essay in which they use information from both sources to support, refute, or qualify that thesis.*

After they “finish” the essay, give them a third source. Tell them they must now rewrite their essay and include evidence from this third source. If this new source requires them to revisit their thesis, so be it.

Of course, the new essay, must not be awkward with data from the third source simply tacked onto the end of the essay or the ends of paragraphs. It must read like a final, polished piece with material from the new source woven seamlessly in

SECOND: Give them a second thesis. Give them THREE simple sources and have them write a brief essay in which they use information from all of the sources to support, refute, or qualify that thesis.*

After they “finish” the essay, tell them they must now rewrite their essay and cut every reference to one of the three sources. If they must revisit their thesis, so be it. Of course, the new essay, must not be awkward with obvious gaps and omissions. It must read like a final, polished piece with all evidence of the deleted third source eradicated.

* There’s no reason, of course, that the theses you give your students can’t pertain to what you’re actually covering in class, and the sources can’t contain information you want the kids to learn. These revision activities should not be “tacked on” any more than any writing assignment should be “tacked on.”

Variations of these two activities can include:

I do miss my German witch. She was kind of a cool old lady, and her role in the climax of the story would have been a nifty surprise for the reader. But she was also a drag on some of the other characters, there was no real motivation for her to do the things she did, and there was nothing she did that couldn’t be done by other characters more intrinsic to the central plot.

So I had to kill her.

If your students still believe that the revision stage is when they make sure all their quotation marks are curled in the right direction, and they’ve spelled there, their, and they’re correctly, they need to be shown how much better their writing can be if they kill their witches too.

at 1:01 PM
Email ThisBlogThis!Share to TwitterShare to FacebookShare to Pinterest

Guru has also created a whole section on their website just to help writers find academic writing jobs as well.