Where in the world is... 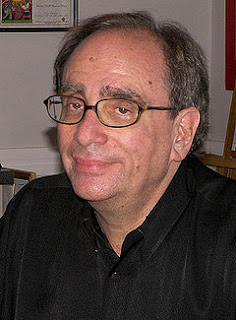 Long before teenage girls flocked to midnight releases of the latest Twilight novel, even before J.K. Rowling published her first book about the young, bespectacled boy who would become a great wizard, a book series captivated scared the wits out of young readers, sent them flocking to their libraries on summer vacation.

I'm talking about R.L. Stine's Goosebumps novels, those terrifying but age appropriate books that primed my generation to be Stephen King and Dean Koontz fans later in life. I, personally, have fond memories of getting phone calls from my library--the books were so popular that there was a wait list to take them out--begging my mother to drive me there, getting the books, and spending the first half of the night reading them from cover to cover. The second part of the night was, of course, spent trembling under the covers, jumping at every small sound in the house.

So where in the world is R.L. Stine?

The answer is an simple one: he is still busy writing. Stine now has over 300 novels and short stories accredited to him, and he is now working on a series, Horrorland, for the new generation of Goosebumps fans. According to his website, seven new titles will be released in 2010. Furthermore, Stine spent a some time in China, where he visited members of his international fanbase, and more recently, gave the commencement speech for MacCaulay College (CUNY).

In short, Stein has not left the spotlight at all; his older fanbase has merely grown up.

Image (CC) 2008 Larry D. Moore
at 11:50 AM
Labels: Where in the World
Email ThisBlogThis!Share to TwitterShare to FacebookShare to Pinterest