According to the Museum of Hoaxes: 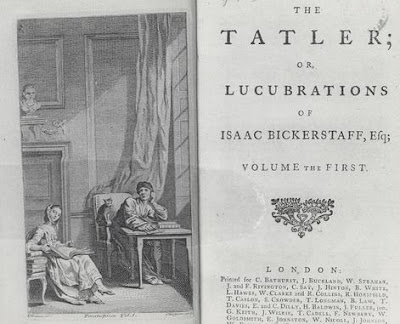 In February 1708 a previously unknown London astrologer named Isaac Bickerstaff published an almanac in which he predicted the death by fever of the famous rival astrologer John Partridge.

According to Bickerstaff, Partridge would die on March 29 of that year. Partridge indignantly denied the prediction, but on March 30 Bickerstaff released a pamphlet announcing that he had been correct: Partridge was dead. It took a day for the news to settle in, but soon everyone had heard of the astrologer's demise. Thus, on April 1st Partridge was woken by a sexton outside his window who wanted to know if there were any orders for his funeral sermon. Then, as Partridge walked down the street, people stared at him as if they were looking at a ghost or stopped to tell him that he looked exactly like someone they knew who was dead. As hard as he tried, Partridge couldn't convince people that he wasn't dead.


Bickerstaff, it turned out, was a pseudonym for the satirist Jonathan Swift. His prognosticatory practical joke upon Partridge worked so well that the astrologer finally was forced to stop publishing his almanacs, because he couldn't shake his reputation as the man whose death had been foretold.

at 11:04 AM
Email ThisBlogThis!Share to TwitterShare to FacebookShare to Pinterest