Plain English: You All, You Guys, and Y'all 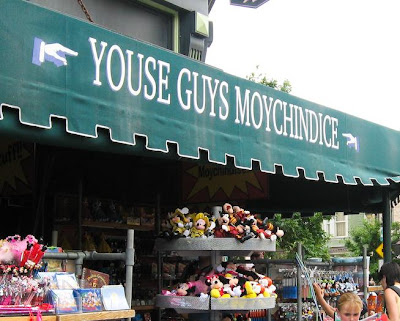 “You guys” and “You all” are in a tight race for second person plural pronouns these days. The southern contraction “y’all” counts as a “you all.” Of course, there are millions of Americans from Brooklyn to Chicago who say “yous guys,” which hasn’t caught on elsewhere. According to informal Internet polls, “you guys” and “y’all/you all” are in a dead heat as the preferred usage.

The correct usage is simply “you” whether one is addressing an individual or a group. Like a lot of grammatically correct constructions, “you” has fallen out of use and usage ultimately determines correctness. So when Barack Obama tells a room full of reporters, “I’ll see you guys later,” or President Bush tells the same group, “I’ll see you all later,” both are correct.

The last time the English language experienced such a big shift in pronoun usage was sometime roughly 400 years ago. Somehow, for reasons unknown, English-speakers abandoned the singular “thou” and the plural “ye” for the single word “you.” The grammar books finally caught up with the usage and established “you” as both second person singular and second person plural.

Two forces are at work on current pronoun usage in America. First, Americans like to play with the English language, in some cases going against the grammatical rules. As a culture we like to break the rules and re-invent them. The other force at work is the last bit of anger at male pronouns left over from the Feminist Movement of the 1970s. Bowing under pressure from feminists, many churches reprinted their hymnals, eliminating male pronouns in lyrics. Both “he/she” and “him/her” became common constructions used in magazines, newspapers, books, and official documents. The gender neutral title “flight attendant” replaced the feminine “stewardess.” “Congresswoman,” “chairperson,” and “salesperson” replaced male nouns ending in “man.” It became politically incorrect to address adult women as “girls” or “gals” and adult men as “boys.” The word “lady” fell out of usage, as did “gentleman,” surviving for the most part in the stock show-biz introduction, “Ladies and Gentlemen.”

Cultural change always has its inconsistencies and contradictions. While some words were declared sexist, others were ignored. Somehow the words “boyfriend” and “girlfriend” weren’t touched in the feminist purge. Women of all ages still say they are getting together with “the girls” or going antiquing with some “girlfriends.” Men still play poker or go hunting with “the boys.” The expressions “girl’s night out” and “boy’s night out” remain securely in usage. Somehow in the confusion restrooms are still marked “Ladies,” and we say we are going to the “Ladies room,” but restrooms marked “Gentlemen,” have been replaced with the designation “Men.”

The most surprising development in the pronoun competition is the widespread use of “y’all” and “you all” outside the south. It’s no secret that people in other regions of the U.S. have negative attitudes about southern accents. Informal Internet polls show that “y’all/you all” is running neck and neck nationally with “you guys” as the second person plural pronoun. What sweet revenge after hundreds of years of ridicule of southern speech! Maybe there’s hope for “fixin’ to,” southern for “about to” as in “I’m fixin’ to take a nap." 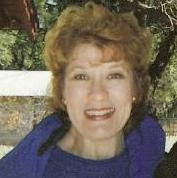 at 11:56 PM
Labels: Plain English
Email ThisBlogThis!Share to TwitterShare to FacebookShare to Pinterest

Thank you for that informative, detailed primer on the changing use of pronouns. English students, especially at the university level, want to be both sophisticated, modern, and hip. The terms can be confusing, and I prefer to offer options than provide definitive answers.

Last semester I had a Korean graduate student ask me if the term "you guys" was sexist since she had heard it used with females. Was it sexist? Like you, I tried to give a quick review of how the term became popular - and noted that it could be seen that way, but many people used it as just a universal greeting. Perhaps that will change.

But linguistic changes can take time. What do we still call a four-year undergraduate degree in the 21st century? A bachelor's degree. And a majority of American students to receive those four year degrees were women!

Oh, what a great post! Thank you so much for this. Fascinating stuff!

I'm a Brit learning to speak 'merican and I hadn't made the connection between 'y'all' and southern speech. DuH! It seems so obvious now.