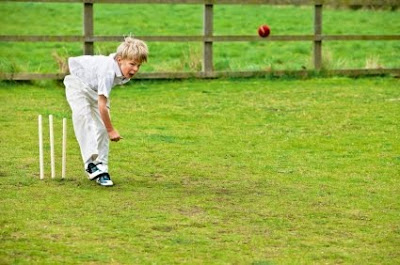 Mr. Nicklin is a teacher from my childhood I will always remember. He was not my favourite teacher, nor was he a terrible ogre whose lessons I dreaded. He was not especially funny, eccentric or charismatic. In fact the whole reason I remember him is because of one conversation that, though brief, had a lasting effect on the teacher I would later become.

Mr. Nicklin was a P.E. teacher and like many of the P.E. teachers I came across in my time as a school student, he had the idea that because I wasn’t very good at sport, I didn’t take his lessons seriously or show much effort (I actually love sport, I’m just not much of an athlete). Supposedly, he was a fine cricket player in his youth and was all set to play professionally until an accident damaged the sight in one of his eyes (that was the playground rumour at least – I never found out if it was true or not) and the assumption was that he had become a teacher by force rather than choice.

Anyway, one day we were practicing cricket in the nets and it was nearly my turn to bat. As I was putting all the gear on, Mr. Nicklin came over and made a comment along the lines of “The lesson will be over by the time you finally get all that on” before adding “and then you’ll be bowled out straight away”. He had only told me to get ready two minutes before of course but nevertheless, I took it in my stride and replied that when I watched cricket on TV, the players next in the batting order generally got their equipment on well ahead of time. “Oh?” he said. “Watch cricket on TV, do you?”

I then told him about the matches I had watched recently and the discussion moved onto favourite players, the current state of the English national side and tactics. “Never had you down as a cricket fan,” he said. “I guess you’re not just a time waster after all.” From then on, he always had time for a chat with me and gave me plenty of tips on how to improve my game, even calling me up for the school’s end of year house tournament. However, had that conversation never taken place, had he never learned that I was actually into sports despite my low level of ability, he would have written me off as not worth his attention.

Many years later, I would find myself embarking on a career teaching kids. I would not be doing this by choice either as I had started out as an EFL teacher working with adults but circumstances (I was engaged to be married at the time and wanted a job with better pay and no weekends!) led me to the 4th grade classrooms of a private college in Turkey. I had never worked with kids before and had no idea how to go about it. I soon found myself amazed by how brilliant some of the kids were – intelligent, eager and quick to learn, willing to communicate. However, I was also frustrated by some other kids who just sat in class, doing nothing, showing little interest.

One evening, I was complaining about some of these kids to my newly-wed wife, when I referred to them as ‘time-wasters’. That set a little bell ringing in my head and cast my mind back to my middle school gym all those years ago. Putting myself in the students’ perspective, it occurred to me that perhaps these kids were not just time-wasters. Perhaps they were perfectly willing to learn and interested in English but they just found it difficult and needed a little encouragement.

With this in mind, I started to think about how I could include these kids in the lessons more and get them more motivated. I recalled how finding a common interest with Mr. Nicklin had given us a foundation to build our student-teacher relationship on and so I decided I needed to get to know all my students on a more personal level. And so, midway through the school year, I asked them to produce a project about themselves – their family, best friends, hobbies, favourite TV shows, celebrities and more. Earlier in the year, I would have just taken the finished work in, corrected some grammar errors, given a grade and returned them but for the first time, I focused on the content.

When reviewing their work, I invited the students to present their posters to the class, encouraged questions and had plenty of questions of my own. Afterwards, I made a point of continuing the conversations. I would ask about their favourite sports teams, mention if I had seen one of their favourite singers on TV, ask how their piano recitals went....

Since then, my whole approach to starting the school year with a new class has changed. I no longer revise greetings, the alphabet, numbers and colours during week 1. Instead, I tell them all about my interests and find out all I can about theirs. The addition of computers, projectors and internet (when it works, of course) to the classrooms has enabled me to move beyond just posters as well.

I introduce myself through PowerPoint complete with embedded photos and videos and ask them to do the same. Last year, I received PowerPoint files, homemade videos, photo slideshows and even a Glogster-produced poster or two back from my students and we spent a large chunk of the first two weeks looking at all this wonderful material they had produced. Even the kids who had been together in the same class since 1st grade got to know some new things about their friends.

And I don’t stop there. Whenever I see a new celebrity face or cartoon hero adorning the kids’ notebook covers or stationery, I found out who/what it is and start a conversation. As a teacher of English as a foreign language, I find students are always more motivated to talk about such figures so this provides both language practice and a chance to connect. Unlike Mr. Nicklin and his love of cricket, it doesn’t have to be something I’m interested in.

Believe me, I can’t stand Ben 10, High School Musical or Hannah Montana but knowing about them, talking to the kids about them, showing an interest really helps me forge positive relationships with students. Taking Hannah Montana as an example, I looked her up on the internet and was surprised to find out her father was Billy Ray Cyrus of ‘Achy-Breaky Heart’ fame. The revelation that her dad in the show was a singer himself was news to my students and a viewing of the video online is something those kids still mention when they see me in the corridor two years on!

So, as many teachers around the world prepare for a new academic year, new classes and what to do on the first day, don’t just make that introductory activity a classroom activity, don’t just treat it like a lesson. Use it as a source of information, develop it into something the class really gets involved in and personalises, and make it the foundation of your student-teacher relationship. And most important of all, show your interest. If the kids feel you want to know about them and about what they like, your year will pass with much more satisfaction all round. 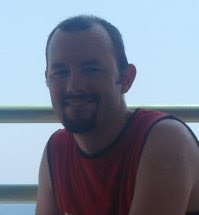 David Dodgson has been an EFL teacher for over ten years, working with young learners at a private college in Turkey for the last eight. He is currently studying for an MA in Educational Technology and TESOL at the University of Manchester. His study interests include developing learner autonomy in children and effectively enhancing classroom practice with technology. To read more, visit Dave's blog, Reflections of a Teacher and Learner, or follow him on Twitter @DaveDodgson.

at 3:26 AM
Email ThisBlogThis!Share to TwitterShare to FacebookShare to Pinterest